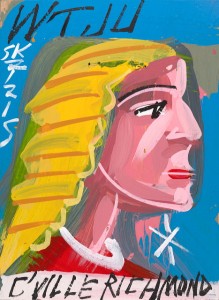 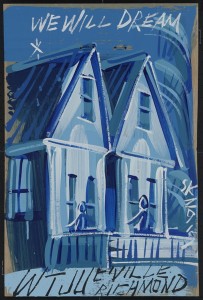 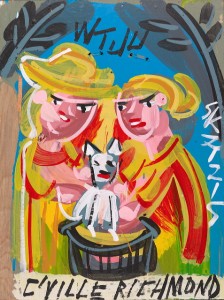 Digital Production Group recently digitized for preservation purposes 29 original paintings by artist Steve Keene, who attributes his time as a DJ for University of Virginia radio station WTJU in the early 1990s as the biggest influence on his work.1 Through the station he came to know and work with a variety of musicians for whom he created album covers, stage sets, and promotional posters.

Keene’s generous gift of his art was in response to Rock Program co-Director Nick Rubin’s reaching out to Keene with a request for an original image to use on the T-shirt for this year’s WTJU Rock Marathon fundraiser. As noted by Rubin, the April 2015 fundraiser coincided with the 20th anniversary of the release of indie rock band Pavement’s April 1995 release of album Wowee Zowee with Steve Keene’s cover art. Nick Rubin was “bowled over by Keene’s generosity.” He’s grateful to Steve and looks forward to fulfilling his request that the works be shared with the community: most of the paintings will be given away in a drawing. Rubin describes this year as a high point in donors’ requests for the annual T-shirt design:  it was overwhelmingly the preferred thank-you gift. Visit the station’s WTJU fundraiser webpage  for images of the two T-shirt designs, selected by the station’s rock DJs.

Once called the “Assembly-Line Picasso” by Time magazine, Keene’s objective is to make buying his paintings as affordable and easy as buying music.2 After many international shows of his works, in 2014 he had his first New York City exhibit, long his home town. 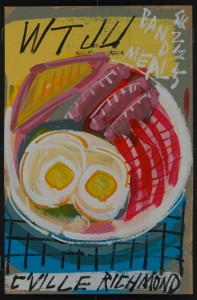 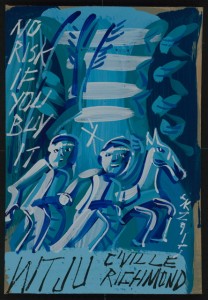 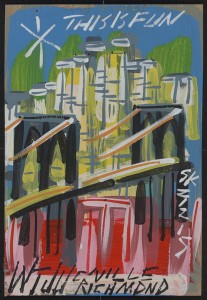